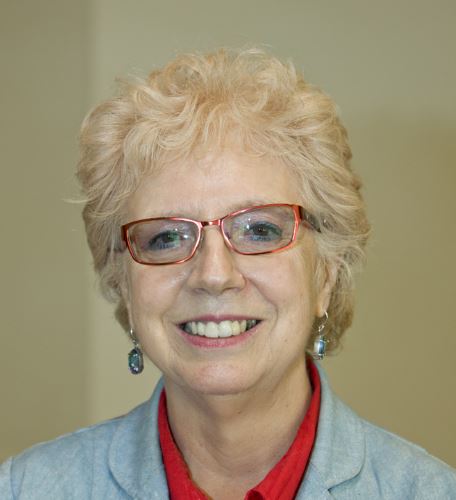 “Through Brightlife I’ve met lots of new people which has really helped me in older age. It does take confidence to get out of the house, walk into somewhere new and strike up a conversation. Even though I am used to it, I still get nervous but if you can make that first step, meeting new people can make all of the difference. I want people to know they don’t have to be alone.”

Viv Gee, Chair of the Older People’s Alliance for Brightlife jokes that she has never been busier since retiring! Viv was previously involved in a North West forum on ageing and got involved with Brightlife because she liked the fact that it is led and designed by older people for older people.

Viv has experienced other projects where assumptions have been made about what the older people will want from it and thinks Brightlife’s approach is exactly what is needed. She believes that there is a wide spectrum to the subject of loneliness. Viv said: “When people talk about loneliness in older people there is the temptation to think about Granny at home on her own. But it isn’t just cut and dried – it has various strands to it. For instance I know that you can have social interactions with people but then go home and feel lonely. What we need is greater co-ordination to tackle the issues – these campaigns like Brightlife are great and we now need more co-ordination from the new Minister for Loneliness so that people can learn what is working well and how to replicate that in more communities.”

Viv understands that it takes confidence for people to go out and make new friends in older age but wants to encourage them to give it a go and sees international Women’s Day as an important time for women to be recognised and taken seriously. She is also a member of the WI and explains that back in 1943 the resolution was passed at the WI for equal pay for women, so it is disheartening that we are still not there.

“There’s still so much to do but International Women’s Day gives us a platform to say we are here, we mean something and we have got a lot to do, so let’s get on with it! If I could give my younger self some advice it would be to stop worrying about things and just do it!”

When asked how she feels to be recognised as an amazing woman by Brightlife, she said: “I really don’t class myself as an amazing woman. I get a great deal out of volunteering and really enjoy being part of something that is helping to make the lives of older people better.”