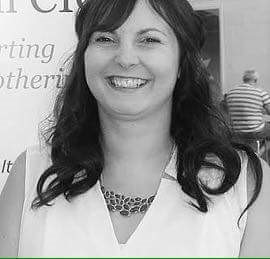 “It has always been my vision to create a community for women where they can access support. I have been surprised at how much the mentoring relationships help the older women who have lost support networks they might have built up through their children, no longer meeting other women on the school run or at toddler groups. There are fewer social groups for them and they sometimes wonder where they fit into society. Brightlife has given many of them a new avenue to make new friends as well as making a difference to someone else’s life.”

Kate Blakemore runs Motherwell, a registered charity which supports the mental health and wellbeing of women, primarily mothers from disadvantaged backgrounds. Kate has received Brightlife funding for a mentoring programme where women over 50 mentor younger women who have had their children taken from their care.

“I had a lot of interest from older women wanting to help younger women going through difficulties to help share their experience and provide them with support. The mentoring relationship is long-term over a couple of years so that trust is built up and a deep relationship forms. This can be life changing for both women.”

The whole concept of Motherwell is women supporting one another through a range of different initiatives, such as counselling, peer support, workshops and the mentoring. The mentor is a constant in the each other’s lives for at least two years –so that a strong relationship built on trust is made. The mentor works on changing that Mother’s life and mental health through the inter-generational support. Many don’t have relationships with their own families and have no-one else to turn to for advice and guidance – the relationships have helped the younger women in all aspects of their lives, getting some of them back to work and others to better health.

International Women’s Day is a big event in Kate’s life after she launched Motherwell on the day four years ago. To Kate it provides the chance to celebrate the achievements of women and encourage one another to believe in themselves and try new things. When asked how it feels to be considered an amazing woman, Kate said: “It is really humbling to be recognised – I don’t see myself as amazing. I have volunteered in many different aspects of life and I just want to encourage other women to believe in themselves and just go for it!”