Brightlife > Great Get Together 2018 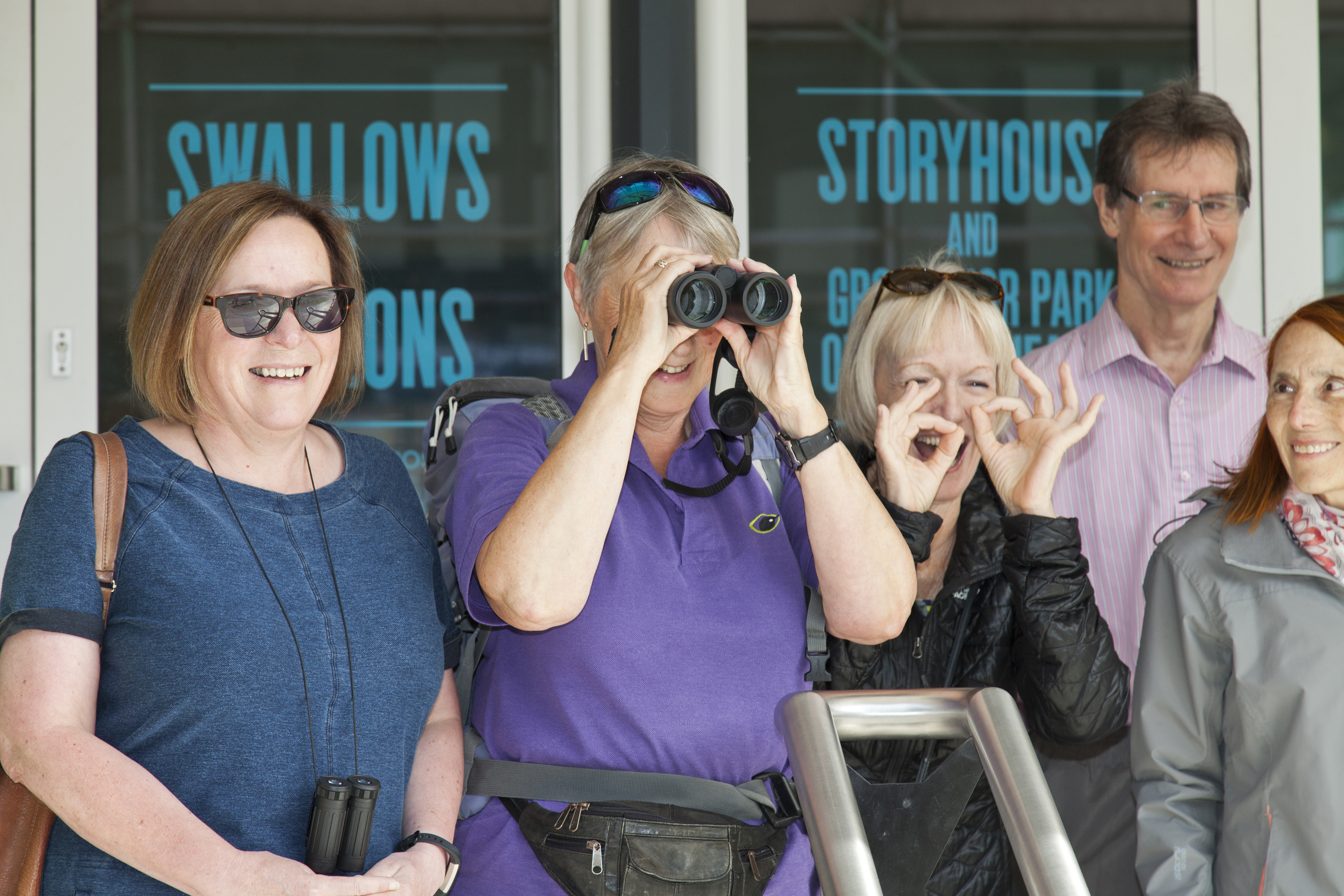 Communities came together in a display of unity during last weekend’s Great Get Together at Storyhouse, organised in partnership with Brightlife. More than 120,000 social gatherings took place across the country.

Children from Chester Bluecoat CE Primary School had a WW2 history lesson and took part in a mock air raid, spent some shillings and interviewed older people about their lives.

There were performances from Chester’s Silver Singers and Holt Village Voices led by James Sills, and in the studio theatre, comedy Paradise Lodge about dementia. Throughout the weekend people had the opportunity to share a memory in the pop up Share a Memory booth and also share their thoughts on film about loneliness.

“Over the weekend Storyhouse gave its focus to combatting loneliness within Chester’s older residents. We brought older people into the cultural centre, and gave them pre-eminence. There were painting classes, lego sessions, dance workshops, performances, talks and conversation groups running throughout the building all weekend. This was our opportunity to give a strong message that older residents are valued, and their experience and voice is celebrated.” Alex Clifton, Artistic Director.

“This is the second time we have been involved in the Great Get Together weekend at Storyhouse and it didn’t disappoint. This key event in Chester provided a fantastic opportunity for the older community to actively take part in various activities and workshops. It was great for the team to speak to visitors and to discuss the activities people are interested in. We hope, with so many of our providers running activities, that this event will have helped to raise awareness of our current and new Brightlife funded projects which have been set up specifically to help combat social isolation in Cheshire.”  Chris McClelland, Head of Brightlife.

The Great Get Together is part of Storyhouse’s celebrating age programme, organised in partnership with Brightlife the event has a focus on older people. To find out more about Storyhouse visit storyhouse.com.